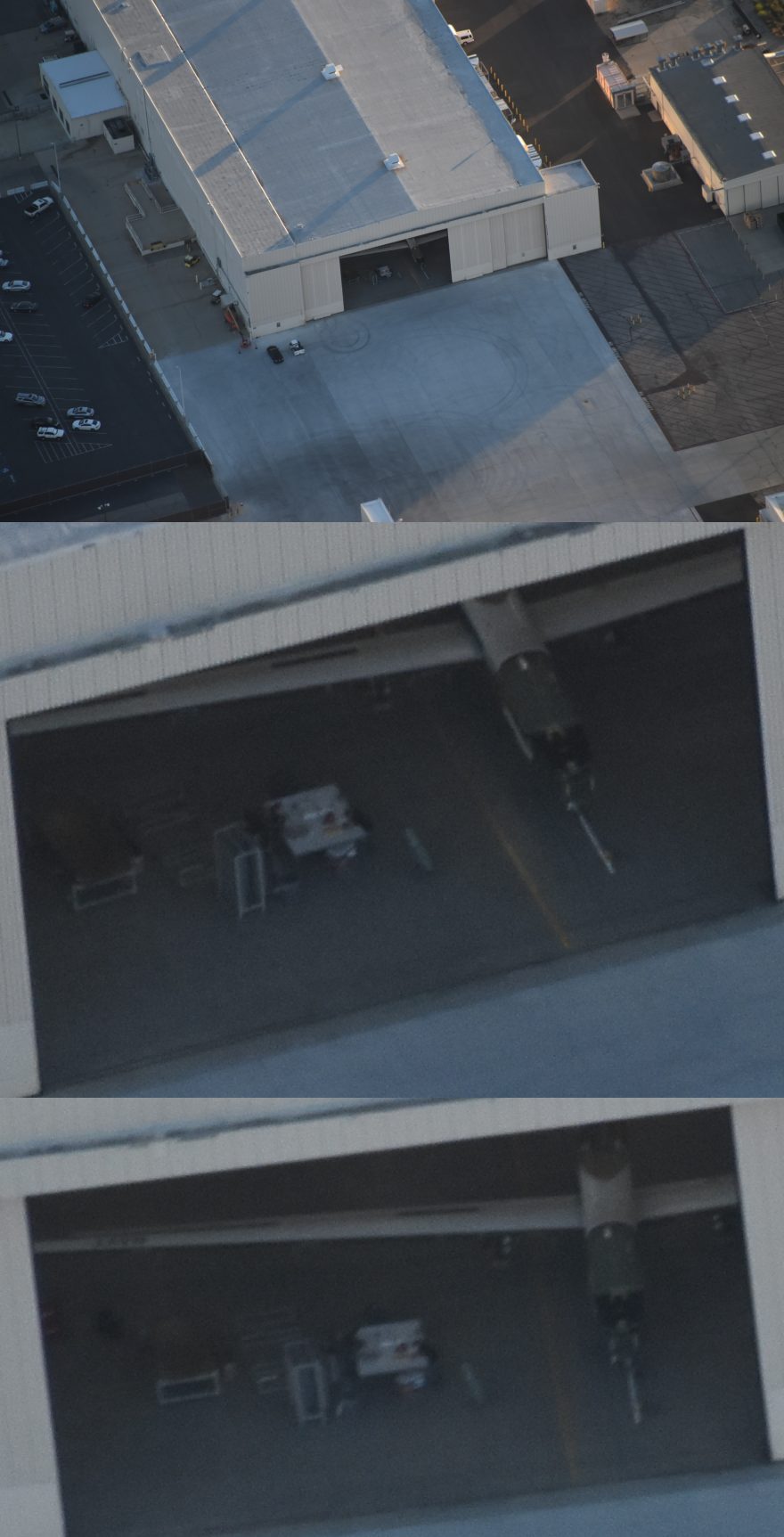 I want to circle back to some of Gabe's photos of Plant 42 from May 20 of last year. Link to the raw photos attached. In the first 20 or so photos you can see a partially open hangar with an aircraft inside.

At first I thought the aircraft in the above montage (from several angles) was a Global Hawk with the radar cover and engine removed. That seems reasonable because some of the photos show another Global Hawk sitting on the ramp nearby. But looking at it more closely I am not so sure any more. The nose of the aircraft almost looks like it has a canopy, but that could be an optical illusion. And what are those box frames sitting nearby?

The hangar is in the SW corner of Site 7 of Plant 42. The site was used in the 1990's for the F-117 program. After that it appears abandoned for years in GE historical imagery until around 10/2016. Between that date and 04/2017 the parking lot was re-paved. Between 04/2017 and 05/2020 the ramp in front of the open hangar was widened significantly. The parking lot is now filled with cars. Clearly, a new project moved in.

Anyone care to speculate on the aircraft or the new use of that site?